Asleep at the Wheel by Noelle LeVeaux 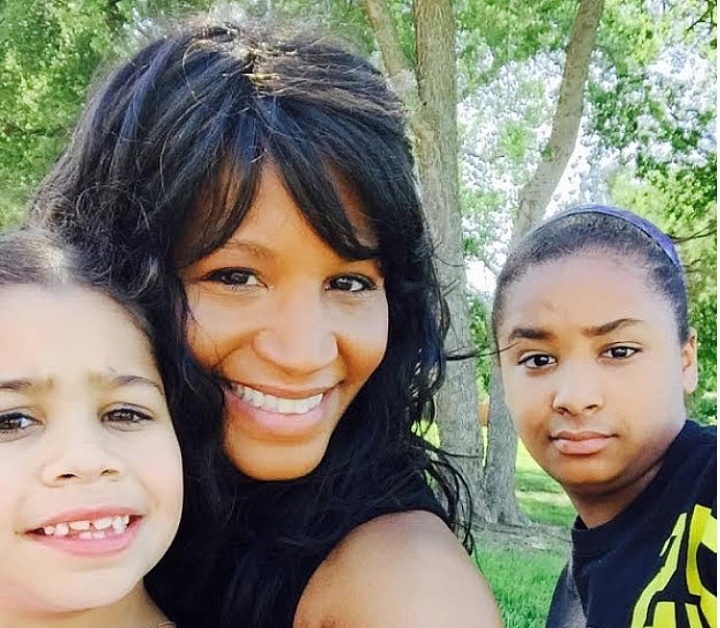 Noelle LeVeaux is in remission after being diagnosed in 2014 with metastatic breast cancer. Based on her family history, she chose an aggressive approach of treatment. As a single mom, her friends and family were her support network, always there for her and her two girls as they coped with their mom’s cancer journey.

In Noelle’s TedxSMU presentation “Asleep at the Wheel” she discussed how the shock of her cancer diagnosis should have driven her to make changes in her life. Only after a car accident with her children, did she wake up to the fact that life was fragile and was determined to find her new way.

Working for the Children’s Medical Center Dallas for 5 years in public relations and marketing, Noelle led multiple award-winning marketing campaigns and also produced a 13-part television medical documentary. Currently she is the Chief Marketing Officer for the Dallas Convention and Visitors Bureau.

Noelle, can you please tell us about your breast cancer diagnosis?

On December 3, 2014 I was diagnosed with stage 0 ductal carcinoma in situ. I thought I had felt a lump in August and waited for my annual ob/gyn appointment to get it checked. I was called back from my mammogram for a second look. They immediately zoned in on the area I thought was suspicious. The next day I had a needle biopsy and eight days later, I got the call. My tumor was large. Three inches long, but still encased in the duct. I chose an aggressive approach of a double mastectomy based on my family history. My father died of lung cancer at 58 and his mother was diagnosed and died of breast cancer in her early 40’s. During the surgery on January 2, 2015, they removed 4 lymph nodes from each side. 1 of the 4 came back with micro metastases, which caused them to look harder at my pathology. Eventually, they found a pin head sized invasive tumor. That triggered further treatment, so I underwent 4 rounds of TC chemotherapy and 33 radiation sessions. I had my major reconstructive surgery on February 8, 2016 and will have 2 more before the year is over. I’m in remission and doing well!

As a single parent, how difficult was it to play the role of mom to two adorable girls?

This was a very difficult and different time for me and my girls. Of course, they are used to me being able to do everything, especially as a single parent but I couldn’t. I had a lot of help and they jumped in and helped the girls get to where they needed to be and supported them, but there were times when I wasn’t able to be at an event or even do things with them at home and it made me really sad. I remember laying in my bed crying one evening as I listened to my friend play a game with the girls. I had laid down after dinner cause I was feeling rotten after chemotherapy. I knew they were fine but I missed them and hated feeling incapable of doing for them.

Did you tell them about your diagnosis and if so, how did they react?

I messed up on telling them about my diagnosis and my 11 year old reminds me all the time. Truth is, I was in a situation where every time I went to the doctor there was something new revealed. It wasn’t a cut and dry case, so it wasn’t that I was keeping it from them. I wanted to be able to give them as much information as possible so that they could process, but information was trickling in and in the end, my oldest daughter felt like I knew and didn’t tell her. She felt like I told other people before I told her. Of course, I was more comfortable telling my best friend all of the unknowns, but I felt like that would be too much for my daughter to understand and I didn’t want it to seem like I was lying to them. In the beginning, we were told I wouldn’t need chemotherapy.

When I ended up needed chemotherapy I was concerned they’d think I needed it cause I was dying or hadn’t been forthright. One day in particular, after I had told the girls, I came home from a doctors appointment and my oldest asked me, ‘How did it go?’ I said ‘fine’ and she said, ‘you have to tell me more than fine. Last time you said it was fine, you had cancer.’ So now, I tell her what I know and we deal with new information as it comes. I think age and maturity matter. But you have to accept the fact that it’s going to impact them and they are going to all process it differently.

Who was your support community and how important is support in this time of need?

I have 2 sisters and my mom, so that was the first line of defense. In addition, I have an amazing group of dear friends who did more than I could have ever imagined to keep me and my family afloat during this time. My ex-husband was also a big part of the village. I also had church friends, neighbors, parents of my daughters friends, co-workers, former co-workers. I had so many people who wanted to do things for us. They started a meal train, a neighbor and friend took the girls to school every day for me. It was really incredible. It was sometimes overwhelming the amount of love I felt during that time. I couldn’t have gotten through any of this without my support system. It’s actually not possible. You need people during this time. I’ve been known to say, if you are single and get diagnosed with cancer, if you do not have a sister – go find a husband on some online dating site ASAP! I’m kidding of course, but you need support. This is not a solo situation.

Have you ever considered speaking to survivor groups or other women’s organizations about your experience and sharing your thoughts?

I have and I want to do more of it. Some of the things I’ve shared are directly cancer related like being your own patient advocate, doing your research and taking control of your own care. But there are so many indirect lessons I’ve learned. I share them in my blog: Confessions of a Single Mom with Cancer, and look forward to doing more speaking around those topics as well.

What do you consider the most critical or perhaps overlooked aspect of breast cancer, or cancer in general?

For me, I think it’s after care mental health. Particularly for women, the time spent fighting cancer is like an alternate universe. Mostly because for the first time, maybe ever, you must be completely focused on you. Although it’s an extremely difficult time, it is a simplified way of living compared to the way most of us usually live our lives. That singular focus creates a different person on the other end of cancer as does the understanding of how fragile life is. I still don’t know I know exactly what to do with that. I feel an obligation to do more and be more than I was before and I don’t know if that will wear off or if I want it to. I don’t know exactly how to do it yet, but I’m determined to find my way. I do not want things to just go back to normal, which is a surprising effect that to me was unexpected. Helping cancer patients adjust to their new normal is an area I think needs greater focus.

What keywords did you research once you were diagnosed and then as you went through chemotherapy and/or radiation? How would you improve the research experience as it relates to breast cancer?

I would take literal phrases from my pathology reports, blood work, physician notes and put them in the search box. I would read everything from discussion boards to abstracts and clinical research studies. I consumed a lot of information. (You can’t sleep anyway!) As I went through treatments, I’d describe my side effects/symptoms and search them. I searched “tongue feels like it’s burning chemotherapy” and that’s when I found articles and messages about Burning Mouth Syndrome. I didn’t know that was a thing, but that’s what I had. So I learned you could search just about anything and you’d probably find something on it. There’s a lot of information out there, but so much of it is generic. The discussion boards really help but need to be better organized to help you get to a scenario that is closest to yours as possible.