Living with Hope and Strength during Breast Cancer 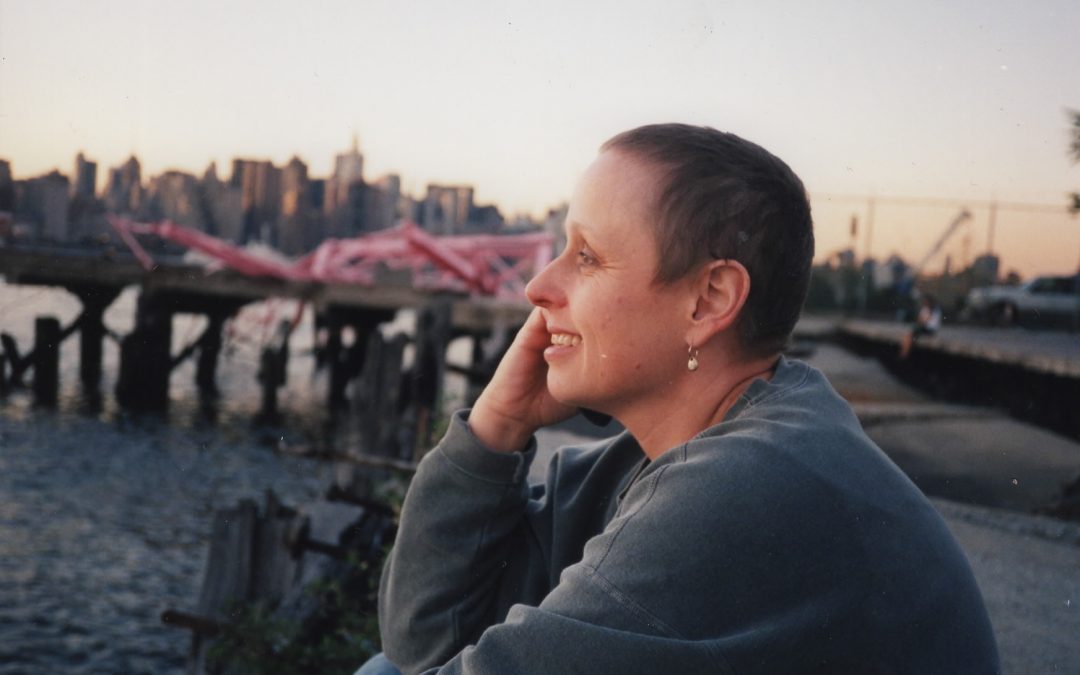 Someone recently asked me what it was like learning that I had breast cancer.  I was surprised by my reaction; the question took my breath away, and I was transported back to that exact moment,  my focus on the conversation was lost. I heard the words echo in my mind that my surgeon spoke with such sadness in her voice. “ I’m so sorry; you have cancer. “

Those words will forever echo in my mind despite the meditation, Reiki, or inner healing I immersed myself in over the years. I remember the confusion, fear, and anguish that followed these words. The rush of CT scans, echocardiogram, blood work, and the consuming decision regarding surgery. I was 42 years old, and the thought of having a mastectomy sent me into a spiral. I could not imagine what it would be like to lose a breast. Would my husband look at me in disgust? Would I be able to come to terms that although I would have one less breast, I was no less a woman?

I made the decision to have a mastectomy. After a crash course in breast cancer, I knew it was the right choice. My tumor was quite large, unfortunately much larger than the ultrasound led us to believe, and I had a great deal of lymph node involvement. Lymph node involvement: I remember asking the recovery room nurse how many had been removed right after asking if it was still snowing. You may think it an odd question, but I had lived in the desert for 20 years, now living on the east coast, and it was snowing heavily when I arrived at the hospital. It was as if mother nature knew I needed quiet; the magic of snow softened the sounds of the city, and my panic was stilled.

Decrypting my pathology report was the next hurdle. My surgeon was so kind. When she called with the results, I remember asking her, with a tremor in my voice, if the results meant I was going to die. She was brutely honest and told me that only God had that answer. My oncologist was very direct, and although many of my questions were answered, many were not. I was fortunate that one of my sisters took on the project of diving deeper. Google is a great tool, but my brain was racing, and the only words that stood out were the ones that undermined my living.

During all of this, I never asked why me, rather how me? How was it that my body riddled with cancer cells? What had I done wrong? Please, don’t listen to anyone telling you that your cancer diagnosis resulted from a poor diet, or that you should have had children or a multitude of other ridiculous comments. It was NOT your fault.

At the time, there was a standard protocol for breast cancer. Receive chemotherapy followed by radiation. I was given Adriamycin, aka the Red Devil. It was called this because of its bright red color. I had a moment of panic as my nurse donned thick plastic gloves that reached her elbows before administering the medication. I slowed my breathing and reminded myself that this was the road to irradicating cancer from my body. In conjunction with Adriamycin, I was given Cytoxan, followed by twelve doses of Taxol and thirty-three doses of radiation. My subtype is HER2+, an aggressive form of cancer. At the time, Herceptin, the miracle drug for my type of cancer, had yet to be approved by the FDA. I was fortunate that there was a clinical trial available, I was accepted and was on it for twelve months.

During the eighteen months of treatment, I had to remind myself that I didn’t need to be the perfect patient, if there is such a thing. I am optimistic and friendly by nature which can often be misconstrued as one that follows the rules and doesn’t ask questions. This was not me, and I invite you to not have this be you. It’s so important to ask questions, again and again, if necessary, until you receive answers that you understand. I often went to chemotherapy by myself, but when necessary, I took someone along that could take notes in case I was unable to comprehend–or more likely–remember!

In the beginning, I saw all doctors as my savior, someone who would help me stay alive. While they did a stellar job of keeping me on this planet, I remind myself that doctors are not invincible and are human. A good takeaway that has served me well.

Cancer as a Gift

There was a panel discussion at the cancer center a few months after I started chemotherapy. Five women were sharing their experience of living with breast cancer. I timidly entered the room, a colorful scarf shielding my bald head, hoping that I would hear words of wisdom or at least words that resonated with me and gave me hope. One of the women shared with the group that cancer had been a gift. What?! I could not begin to comprehend how a diagnosis of cancer could ever be considered a gift. I don’t remember why she felt this way because I could not process anything else once my brain heard those words.

Over the years I’ve asked myself if there have been any gifts received from my cancer diagnosis. . Could I look beyond the physical and emotional pain? I’d rather not have had the experience, but then I would not have met YOU! Well, technically, I haven’t met you, but you are here, and my heart is full.

Whether you have been following The Tutu Project or if we just met, I’m so glad that you’re here. It has been an enormous help for me to write these words, have someone witness my journey; I didn’t realize that I had been holding my breath for so long. In reading this, I hope you know that you are not alone and that your story has different details, but the same nonetheless with so many women.

If you would like to share your breast cancer experience, I offer a space in which to do so. It can be anonymous or can include your name and/or a photo.  It is a healing process and has such potential to help other women. If you’re interested, click on the button below. I would love to hear from you! If you have any questions, please don’t hesitate to contact me at linda@thetutuproject.com