Love, Loss, and What I Won’t Wear to My Funeral 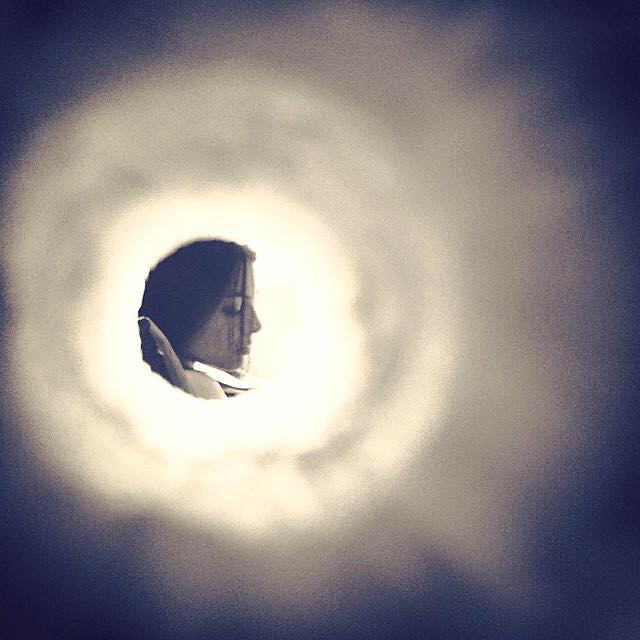 The first funeral I attended after being diagnosed last year with stage 4 metastatic breast cancer, was that of my husband’s grandmother. I was 30 years old.

She died at 87 after having struggled for years with various ailments that commonly plague those who are fortunate to have reached old age. Unsurprising, therefore, was the relief felt alongside the grief by the family she left behind because she no longer suffered.

It is not in keeping with Jewish tradition to have a wake, however it’s a pretty common practice in the Jewish-Russian Community. Regardless, I was surprised when they decided to do it. My husband and I entered the beige and burgundy funeral home, complete with ornate faux Victorian furniture, replicated impressionist oil paintings and year-old potpourri, and were ushered into the room to our left.

There was an old tape recorder on a chair beside the entrance playing a grating classical violin piece a little louder than necessary. Baskets of flowers filled the front of the room; my in-laws had ordered one from each of us, with messages Grandma would obviously never see such as “we love you grandma” and “farewell our loving mother.” Her daughters, my mother-in-law and her sister, were bent over the open casket – another practice not in keeping with Jewish tradition – two black smudges visibly overcome with loss. They saw us and immediately ran to us, hugging and sobbing. When they had backed away, I knew it was our turn to approach the casket. I took a breath and reluctantly stepped forward.

I barely recognized the lifeless, made-up shell of a woman. People around me kept referring to her as peaceful; I didn’t see it – I saw nothing, neither peace nor the absence of it. There was no dignity either; I’d doubted that had she had a say in it, she would have thought that having people hunched over her cold body was dignified. I couldn’t understand the entire scenario. The woman is dead! Her body is lifeless! What exactly are they saying good-bye to? I felt her presence more when I sat on the bench beside my in-laws than by her immobile body surrounded by flowers.

It’s been said that a funeral is for grief-stricken friends and family versus the actual deceased. So I recognized and respected their manner of farewell. However, where I was concerned…

…The moment I left the wake and my husband went to bed, I began my plotting. My funeral arrangements will be different. There’s no way I’m going to allow anyone to see my potentially emaciated, damaged body covered in pancake makeup, fuchsia blush and red lipstick. And I do not want to be dressed; where was I going, to a fucking cocktail party in the sky? No, wrap me in a sheet, thank you, and close the thing. I typed the following directions into my cell phone:

No flowers – make sure each person is told and pass it down – I’m very serious about the flowers, they die anyway and dead blooms are creepy. Traditional Jewish way. No music. No makeup. No clothes. No jewelry. CLOSED CASKET. Plain brown wood. No restaurant afterward, no wake. Speakers okay. Pictures of me from when I was alive okay. My best friend Regina knows me best so she could talk to the rabbi along with the family though she doesn’t have to speak at the actual funeral, if she’s not up to it. Order food for home. Not for everyone— just immediate family. Shiva calls, where one comes to visit the mourning family, okay; keep door open to whoever wants to come. Let others help. Instead of people bringing flowers, ask for donations to any charity that is meaningful to them. My favorite is the Sunshine Foundation which grants wishes to disabled kids. If there is a disaster please donate to that. If there is any kind of remembrance thing aside from funeral, play my favorite piece – Reverie by Debussy. It conveys what I want it to. No band. No flowers on the mound of dirt I am to be covered with. Whatever you do – no stinky flowers.

I wondered how to get this information to my husband without giving it to him while I was alive. If he’d found out what I was up to, he’d be furious! Would’ve tossed the phone in my face. I didn’t understand what the big deal was; after all, I could be hit by a bus before I succumb to cancer, or ride the disease out for 20 years before it gets me, or die an old lady. I will still have the same instructions then as I have now. It’s a matter-of-fact kind of thing – nothing to bring up during dinner, but definitely casually on a couch watching TV on a Thursday night, the least threatening of workdays… No I didn’t. I couldn’t. He’d dealt with enough, and I think he knows me well enough to know how I want to go.
The difference between my funeral plan and my eulogy is as follows: I could leave instructions for my funeral, and even what I want written on my tombstone; however, I could never tell someone what to say about me once I’m gone, of course. I didn’t think that there was much to be said, but whatever I felt others felt about me was pretty limited and it depressed me to no end. It took me months to look my probable eulogy in the eye, and when I did it looked a little something like this:

She was nice. We can’t believe something so terrible could happen to someone so young and, well, really nice. Such a sweet girl. So quiet.

She was a writer – and didn’t want to be remembered doing anything else. She looked at life from strange angles, thought about the process of thinking, over-analyzed looks from people and even the air around her. The world would not let her be. It would leave her breathless as she went to bed at night and stifled her when she would arise in the morning.

She was a devoted mother to her two sons – her sweet, autistic younger son and her spitting image first-born – and a loving wife to her good husband. And that’s everything in this life, isn’t it?

You could always count on her secrecy; if you asked her to keep quiet, it goes with her to the grave. (Literally.)

Her love of music, film and the arts were her escape from the mundane everyday.

She will always be remembered as the quiet, strange, antisocial blue eyed, black haired, freckled girl who hated pretentiousness and stupidity and had no patience helping her older son with his piano – not because he was bad, but because SHE was bad at controlling her stupid temper.

In the end, she was stronger than we ever thought possible – living with the cancer that eventually killed her while working a full time job, being a full time mother and taking care of her household. Even though her body failed her, she will always be with us – with her strange perspective on life and the unusual ramblings she leaves behind.

She was loved.
Now let’s go bury her body!

Which brings me back to the matter at hand. I already mentioned that I want my funeral to be a subdued affair. However, the background to my dreamt-up eulogy is a whole other story.

I’m talking soundtrack-worthy. A compilation of bits from various, sometimes danceable songs (not that I’d want anyone busting a move at my funeral…). People singing in unison while pointing dramatically to the coffin. It would begin with “The Wild One” by Suzi Quatro and end with “The Show Must Go On” by Queen. And in between, I’d fill it up with “Blinding” by Florence + the Machine, “Sun is on My Side” by Gogol Bordello, “Purple Haze” by Hendrix, “The Black Parade” by My Chemical Romance, and “Space Dementia” by Muse. Keep the soundtrack going for a good 30 minutes. I think that would make for a great eulogy. Personal, yet reiterated, so that it does not contain anything surprising and no one is bored with typical emotion. It’ll be grief both amplified and diluted by the music. Awesome. The nice, quiet girl wants a biggish fanfare.

Side note:
Please don’t think I take death lightly. A year ago, if someone had begun talking about death or funerals in my presence I’d abruptly but politely leave the room. No reason to dwell on crap that scares you, on the unknown, on something far, FAR away in the future. You’d think that I would be even more reluctant to discuss or even think about it now, however that’s obviously not the case. It surprised me, actually, the casual nonchalance with which I’ve taken to the subject. Don’t get me wrong – I don’t think about it all day long. I’m not fascinated by it. I’m not a brooding goth attracted to the dark side; it appears that the dark side is attracted to me. It taunts me with its eerie mist. However, instead of brooding, I can’t help but giggle every once in a while. I don’t think I know any other way to cope. The unknown used to scare me; it still does of course, but now I mostly find it preposterous. Unbelievable. Funny.

As in, who came up with this stuff?

About Liya & Alexander: Together for over 20 years, Liya and Alexander have two beautiful children together. Liya lived over 8 years with Metastatic Breast Cancer. 8 years during which she maintained her life and balanced work and family life. She used art and writing as an escape, and we are honored that her husband has shared her stories (and his art) with us. We hope this Life Beyond Breast Cancer tribute is an inspiration to other couples living with this disease.