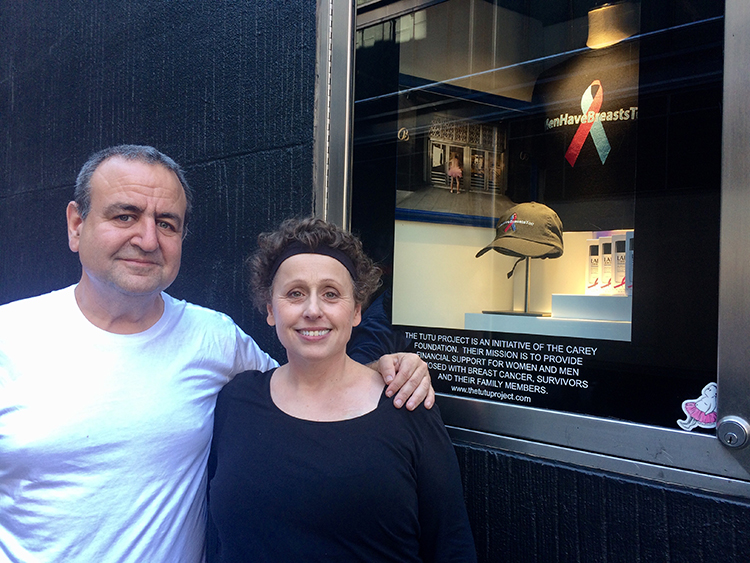 This post was written and deleted about ten times. Nothing sounded right, so I’m just going to say it. I’m so excited! I feel like a child staring at a pile of gifts under the Christmas tree!

For the last three years, Bloomingdale’s has been a major supporter of The Tutu Project and each year they include us in their October Pink Campaign. This year we were offered seven– yes–SEVEN windows at their flagship store in New York City. What a gift! In addition to this, they agreed to dedicate one of the windows to male breast cancer awareness.

What? Exactly. Male breast cancer. We feel that it’s critical to educate the public that this does, in fact, happen and what better than a window on 59th Street? But they didn’t stop at one window; there are mannequins dressed in blue tutus inside. Really. Visit the men’s department; they look darling.

So, to our friends at the Male Breast Cancer Coalition, and all the men living with breast cancer, this one’s for you.

We send a huge thank you to: