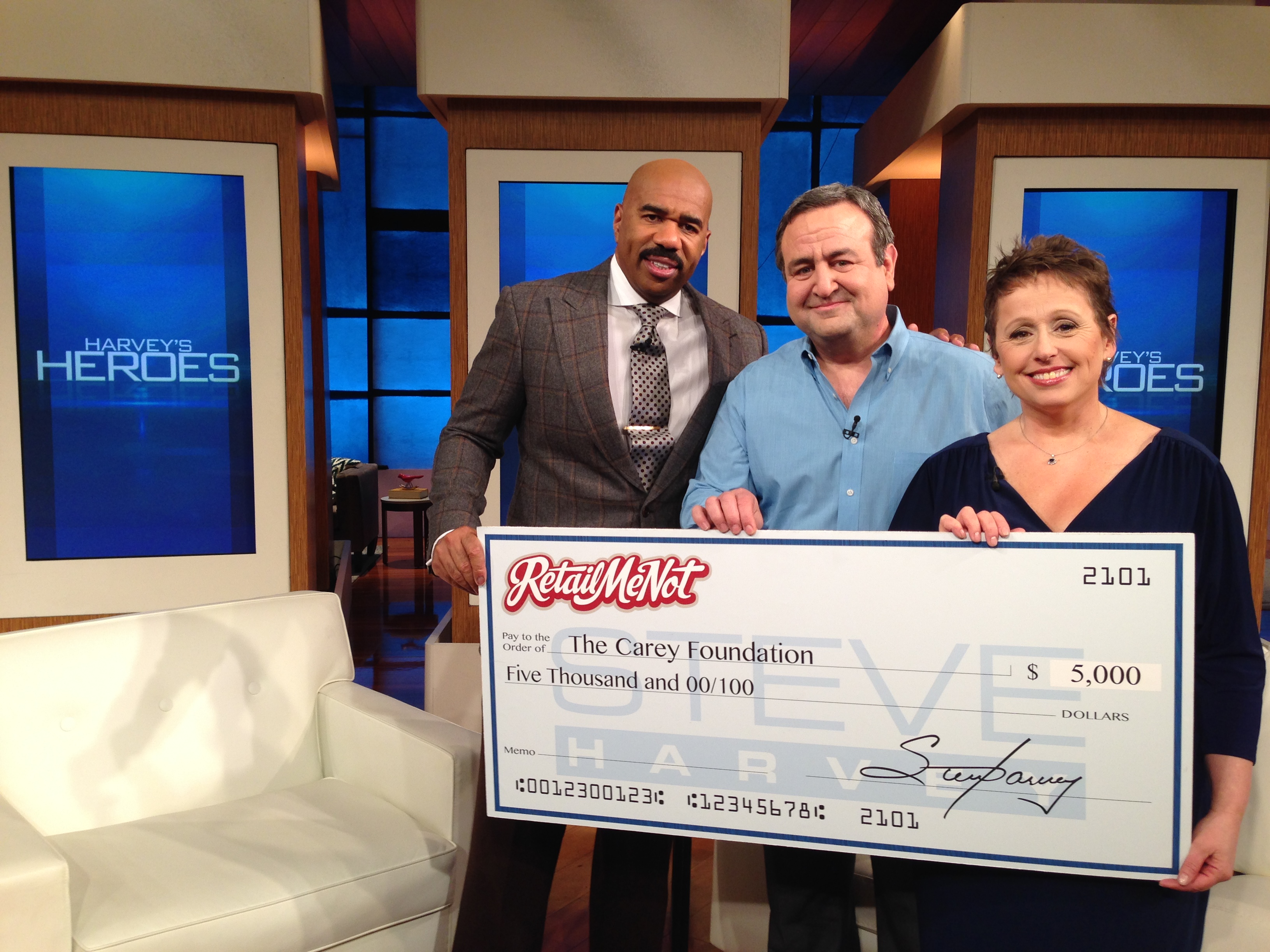 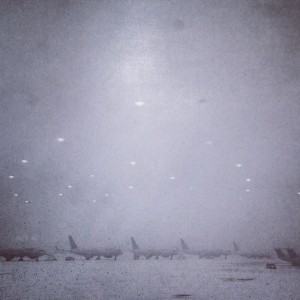 We were due at the airport by noon for a two o’clock flight and although the weather was  daunting we knew if could get out of the airport there was a lot of fun waiting for us in Chicago.  The Steve Harvey kind of fun!  We were the last flight out that day! 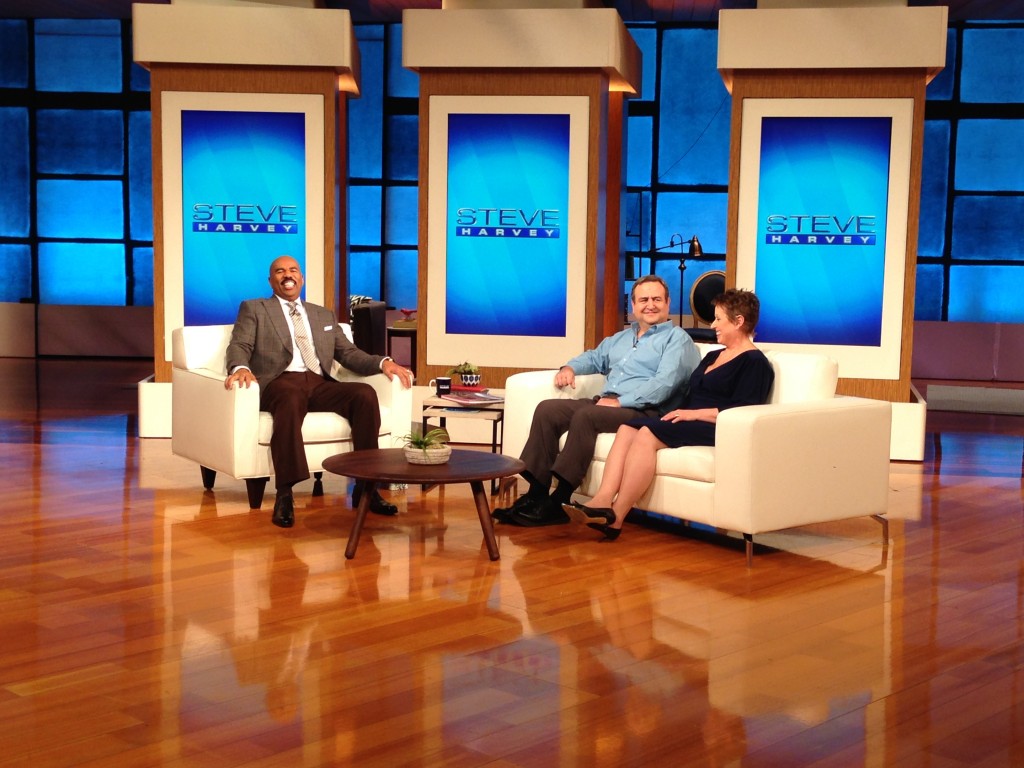 Steve was a sensational host and working with his crew was a memorable experience.   He made Bob a Harvey’s Hero, which was a big surprise and honor for Bob.  I was told ahead of time and it was fun to watch the expression on his face as he was presented with a custom jacket inscribed with his name.

Then… we had an EVEN bigger surprise – a major donation! Thank you so much to Steve Harvey, his crew and the very generous people at RetailMeNot for the donation to the Carey Foundation for families dealing with breast cancer. 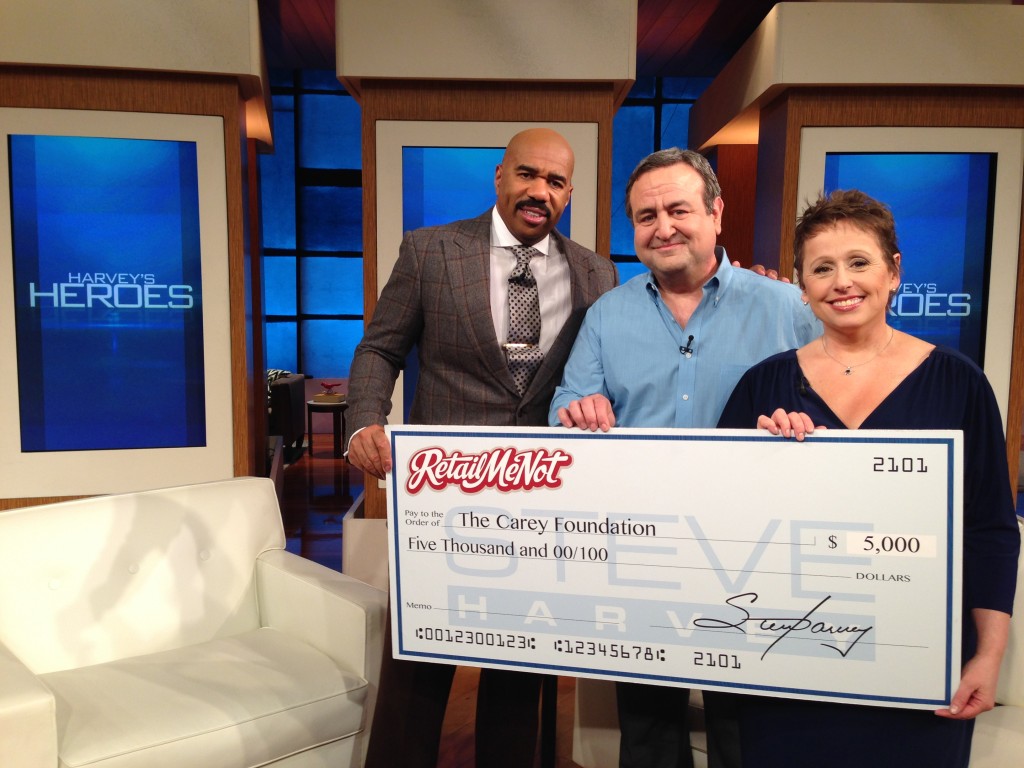 Donation made by http://www.RetailMeNot.com