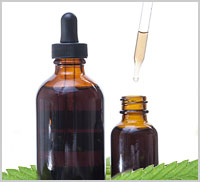 More than nine in ten pediatric oncology providers with opinions favor patients’ access to cannabis therapy, according to survey data provided this week at the 2016 annual meeting of the American Society of Clinical Oncology.

Of those, 92 percent said that they were “willing to help pediatric cancer patients access medical marijuana,” and just over one-third (34 percent) acknowledged that cannabis therapy “is appropriate in the early stages of cancer treatment.”

Thirty percent of respondents reported receiving requests from patients or their families to access medical marijuana therapy at least once per month.

Previous surveys of physicians and health care providers report similar attitudes. Survey results published in 2013 in the New England Journal of Medicine reported that 76 percent of respondents supported the use of cannabis therapy in the treatment of metastatic breast cancer. A 2014 poll of over 1,500 physicians commissioned by Web MD similarly reported that 82 percent of oncologists believed that marijuana treatment provides legitimate therapeutic benefits.

An abstract of the survey data, “Pediatric oncology providers and use of medical marijuana in children with cancer,” appears online here.