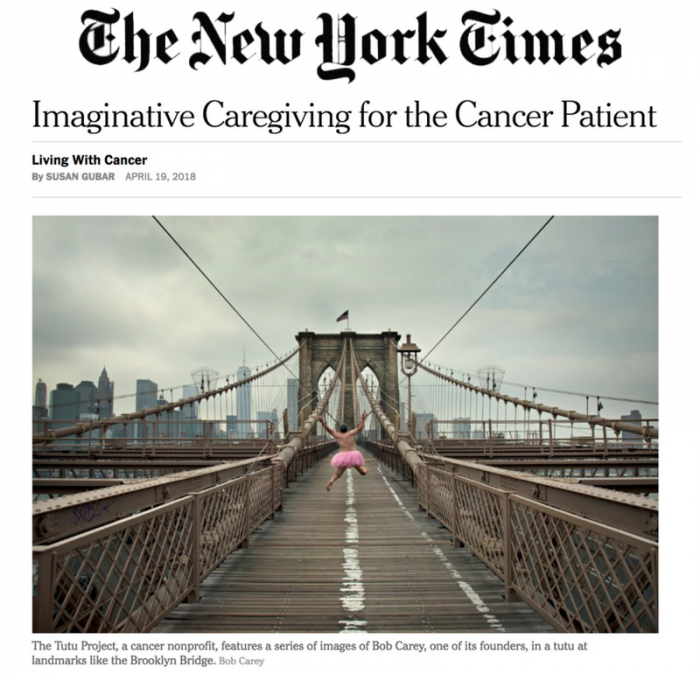 We can honestly say that no writer has ever captured the essence of The Tutu Project, and Bob Carey’s photos, in such a beautiful way.  Susan Gubar’s entire series on the New York Times, named Living with Cancer, has an in-depth coverage of life with cancer unlike any other.

Wit is one of the most treasured characteristics of thoughtful caregiving, and Bob Carey’s Tutu Project offers a generous dose of it. After his wife, Linda, began dealing with a breast cancer diagnosis, Mr. Carey, a commercial photographer, began taking photographs of himself wearing only a pink tutu in public places. He wanted to make her laugh. Since the images also amused the other patients she met in the hospital, they decided to publish them as a coffee-table book called “Ballerina.”

Link to full article: Imaginative Caregiving for the Cancer Patient

We are so honored and humbled by her words.  Thank you for taking the time to feature our story and our non-profit.