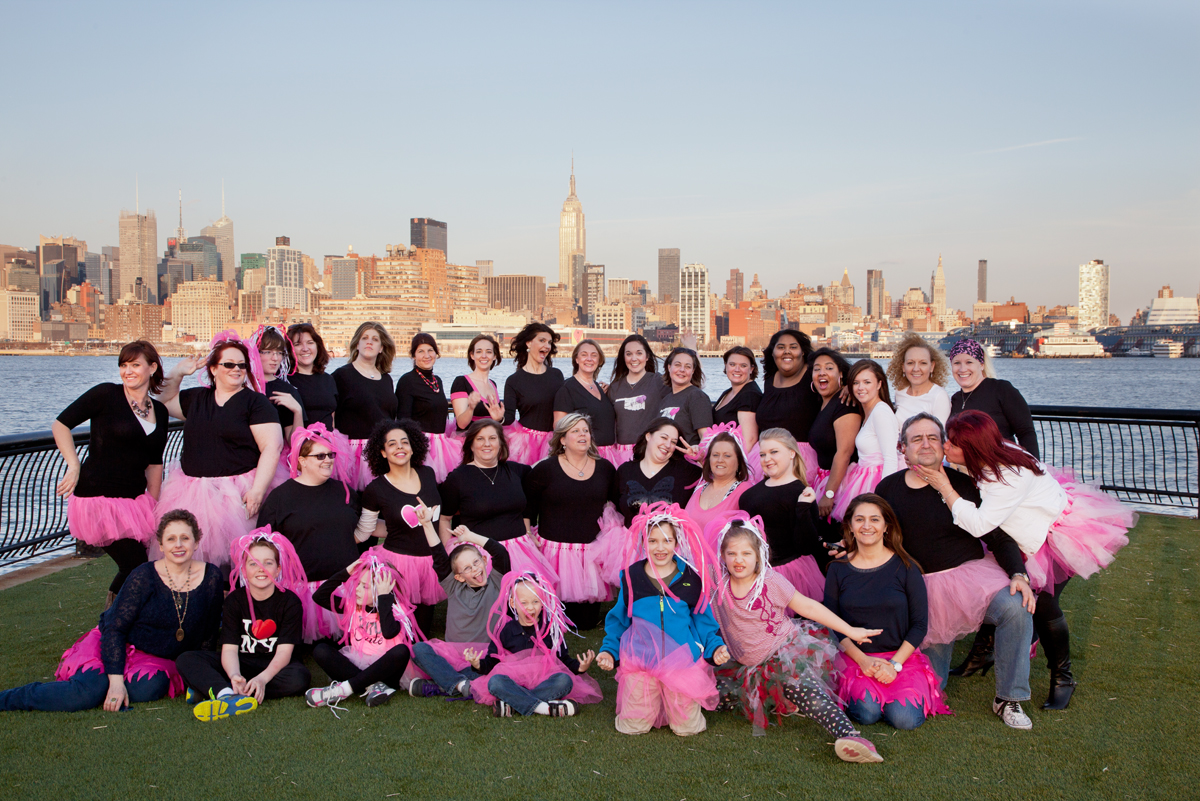 It’s still hard to describe how unreal it feels to be a part of the lives that have been touched by a man in the pink tutu.  In December when the Buzz Feed article went viral, we received hundreds of inbound emails and orders from new fans.  But one in particular called our attention.  Cathy,  the founder of Sofia’s Angels, sent an email that really intrigued me.  She wanted to fund raise for the Carey Foundation under one condition – that her “Angels” could come to New Jersey for a picture with Bob and Linda.  All I could say was “Is that a trick question”?

We ironed out the details, and a week later Cathy asked if she could dedicate a Cathy’s Creations  jewelry piece in honor of our breast cancer non-profit organization, the Carey Foundation.  Uhm, another trick question? Within weeks of our first conversation, Cathy and her “Sofia’s Angels” network had raised a few thousand dollars for us.

Linda and I kept asking ourselves if this was real.  But on that Saturday afternoon when we watched over thirty women from all over the United States, and yes – even Canada, stroll into City Bistro in Hoboken for this fund raiser, we could no longer doubt that the magical Cathy creature is real.

Cathy’s motivation is completely aligned with who we are.  She’s here to change the world’s perspective, and we are honored to be a part of that.

But O’Grady says she was truly inspired her to commit her life to performing random acts of kindness after her mother’s death from breast cancer 15 years ago.

“Although she didn’t have a lot of monetary things to offer, her heart was always out there, and she taught me to love everybody and anybody,” O’Grady told The Huffington Post. “We are all one fire away from being homeless, we are all going through our own struggles. She taught me to split whatever I have in half and give it to someone else.” (Huffington Post Article)

Thank you for your dedication Cathy, we are honored to have you in our family and to be a part of your mom’s legacy.